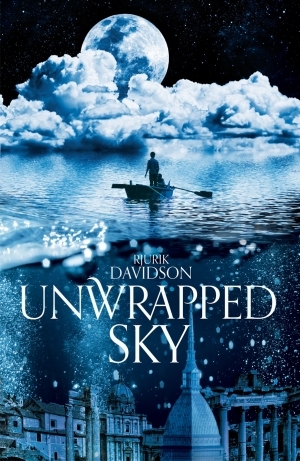 Instead of home, Boris returned to his office, where he touched the scrying ball. An image of the seditionist’s hideout superimposed itself onto his room. He watched as the shapes moved around, congregated in little discussion groups. He was now filled with hatred for those subversives. They were dreamers and he would smash their dreams. Their discussions slowly diminished to whispers in the night until they were quiet. But in the background Boris could see two of them coupling quietly; in the darkness it looked like one dark creature changing shape, struggling to transform itself. Eventually that, too, finished and Boris stared alone into the dark. Unwrapped Sky – Rjurik Davidson.

Another book by an Australian author read during April, another Gemmell Morningstar award nominee (Godless was also), and another awesome…