Some great fantasy novels to look forward to in 2014!

As promised in my previous article Fantasy: What’s Next?these are my most anticipated fantasy debuts coming in 2014. If you have any recommended reads for this year, please share them in the comments below. I hope you enjoy!

(These are in no particular order!)

It’s being marketed as Joe Abercrombie crossed with Alexandre Dumas. Heroic fantasy with a streak of darkness. Plus, some awesome cover art makes this a compelling debut. 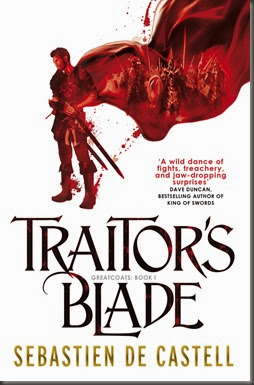 Falcio is the first Cantor of the Greatcoats. Trained in the fighting arts and the laws of Tristia, the Greatcoats are travelling Magisters upholding King’s Law. They are heroes. Or at least they were, until they stood aside while the Dukes took the kingdom, and impaled their King’s head on a spike.